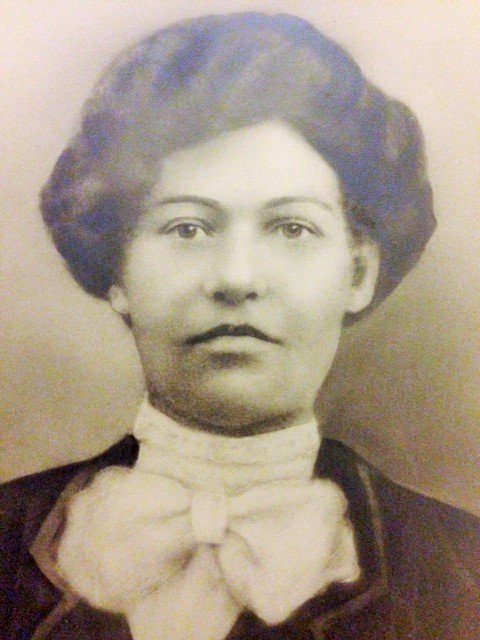 My grandmother, Lela Virginia Farnell Williams, was born on 28 September 1876. According to her entries in her school autograph book, the inside page of her book on Queen Victoria, and the family bible she kept, she was born in Live Oak, Suwannee County, Florida. However, the first evidence I had been able to find of her parents, Randel and Sallie (Jacobs) Farnell, in Suwannee County, was a tax entry in 1877. The 1870 census recorded the family living in neighboring Columbia County. I assumed that Lela was born in Columbia County, but that she came with her family to Suwannee County in 1877, when she was barely a year old. With no memory of living in Columbia County, I believed that she simply assumed that she was born in Live Oak, until I saw Henry McGehee’s (McGhee, McGee) application for land under the Homestead Act of 1862.

Henry McGehee (reportedly born in November 1827) was a friend, neighbor, and eventually an in-law of my great grandfather, Randel Farnell. However, I have no reason to believe they knew each other before my great grandfather moved from Columbia County, Florida to neighboring Suwannee County, in the 1870s. Henry, born in Georgia, was already living in Suwannee County.

According to the testimony of his witnesses and neighbors, on the first day of January 1870, Henry built a “good dwelling house,” that he and his wife (Jane) and four children (Adda, William, Ella, and Lissie) lived in. It was also noted that he had fenced and cultivated about 15 to 20 acres. On 6 September 1876, as required by law, two “disinterested” witnesses in support of his application, my great grandfather Randel Farnell and William Forsyth Bynum Jr., Deputy Clerk of the Suwannee County Circuit Court, appeared before the Clerk of the County Court. Randel Farnell and William Bynum testified that Henry had built a good log dwelling house, corn crib, and smoke house. They also noted that he had a good garden and had made other improvements. This was the first evidence I had that my grandmother’s family was already living in Suwannee County when she was born on 28 September.

Unfortunately, things did not go well for Henry after that. According to a petition by friends and neighbors, on Henry’s behalf, he became seriously ill a few days after his witnesses testified. In addition, his wife was also ill. It is possible they were suffering from Yellow Fever, which was a problem across mosquito infested Florida. In 1876, there was a Yellow Fever epidemic in Savannah, Georgia and one would break out in Florida a mere two years later in 1878. As a result of his illness, Henry was unable to travel to the land office in Gainesville, 70 miles away, thus missing his deadline to make his final affidavit in support of his claim, resulting in cancelation of the claim.

Henry was still ill in November 1876, when 29 friends and neighbors, including Randel Farnell, W(illiam). F(orsyth). Bynum Jr., the Deputy Clerk of the Court, and Joseph Jacobs (Randel Farnell’s brother-in-law and Henry’s future son-in-law) petitioned the U. S. Commissioner of Lands to make an exception and allow Henry to provide his final testimony to the Clerk of the Court in Suwannee County, rather than traveling to Gainesville.

On 12 March 1877, the Commissioner authorized the Homestead Receiver’s office, in Tallahassee, to reactivate Henry’s application. Then, on 5 May 1877, Henry appeared before William Forsyth Bynum to make his final affidavit. Randel Farnell and William Bynum’s joint testimony was rewritten and recertified.  Henry’s Final Certificate, 1225, was issued thereafter on 15 May 1877.  Unfortunately, Henry’s wife, Jane, did not live to enjoy his victory. By the 1880 census, Henry was a single father with four young children, Adda (“Addie”), William, Ella, and Lissie.

On 4 October 1884, Henry and one of the 29 petitioners in his case, William Evans, testified on behalf of the Homestead claim by my great grandfather, Randel Farnell. On 29 April 1899, Henry’s daughter, Addie, married his witness, Joseph Jacobs, youngest brother of Randel Farnell’s wife, my great grandmother, Sallie, and son of another of Henry’s petitioners, W(illiam) Jacobs.

Henry’s exact date of death is not known, but he does not appear in the census again after 1910. He is presumed to be buried in the old “Black City Cemetery’ section of Eastside Memorial Cemetery, in Live Oak, Suwannee County.

A genealogy friend frequently comments that all the research in the world can never match the discoveries that result from sheer luck. This is an example. I was convinced that my grandmother had actually been born in Columbia County. While I had seen that Henry had successfully acquired property due to the Homestead Act, I had not considered retrieving the file since he was not a direct heir and we had in no way inherited any of the property. However, when I began to participate in a Facebook group dedicated to the Descendants of African American Homesteaders, which seeks to submit for publication by the National Park Service (NPS), the stories of African American Homesteaders, I decided that I would look at Henry’s file and submit his story as well.

4 thoughts on “My Grandmother’s Birth-Place Revisited: The Homestead Application of Henry McGehee”